A Second Chance at a First Impression: Maria's Story

Maria is no stranger to the dentist office. “I have genetically soft teeth. So I’d always been prone to cavities, and had spent a lot of time at the dentist.”

Genetics play a major role in the development of enamel structure. Some people just have softer teeth than others. While relatively rare, genetically weakened enamel can make it easier for bacteria and acids to cause tooth decay. Putting Maria and others like her in the dentist chair much more often than they’d like.

“I have high anxiety when it comes to seeing a dentist, so when I was told I needed root canals I told my dentist to just pull them so I wouldn’t have to worry about the pain and the time spent in the chair. I didn’t realize the long term effects of repeatedly pulling teeth.”

In addition to her genetic challenges, Maria also battled addiction for several years before achieving sobriety. Over time, the drugs’ damaging side effects accelerated her tooth decay, leaving her with just 12 teeth.

“The few teeth I had left were in the front so no one really knew it was that bad. I never smiled, and even my husband didn’t realize how bad the situation had gotten. I didn’t smile not because I was an unhappy person, I was just so ashamed of my teeth.”

Enough is enough, no more temporary solutions to a permanent problem

“I had partials but you could always see the metal clips.” She tried to hold onto her partial dentures for as long as possible, but eventually all of the support teeth she had left were falling out in her hands.

So in 2020, celebrating nearly 20 years of sobriety, she decided to find a permanent solution.

“I didn’t go anywhere else after I went to Britely. The feeling after I walked in was great! The staff was friendly and welcoming; I didn’t feel shame or like I was being judged for what had brought me in.”

“It’s a big deal to have all of your teeth removed and know that you’re going to be toothless. It’s so permanent, and knowing I was going to wake up with no teeth made me nervous.”

“My favorite part of the experience has been that everyone in the office walks the journey with you. Even in the dark times when it hurts so bad to think about removing all of your teeth, they’re right there with you encouraging you and building you up.”

“Dr. Barrett had asked me to bring in a photo of what I wanted my end result to look like, so I brought in a picture of my daughter’s perfect and beautiful teeth. And that’s exactly what they created for me.”

She has had some pain with her procedure, but describes her experience as virtually painless. And seeing her once empty mouth full of teeth has been a bit of a shock. In the best possible way.

“Before I had this done, I would never smile. I hated pictures. But my teeth are the first thing I see now, and they’re so fricken beautiful.” 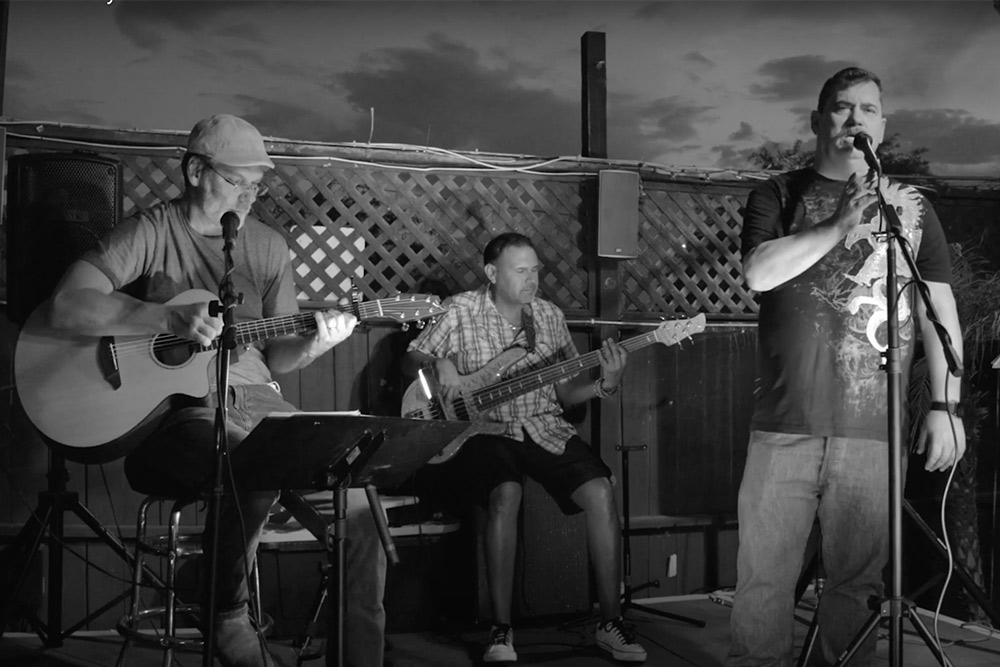 Eagle's dentures were giving him insecurities about his stage performance. When he experienced an embarrassing incident he wasn't sure he could come back from, he knew he had to do something about it. 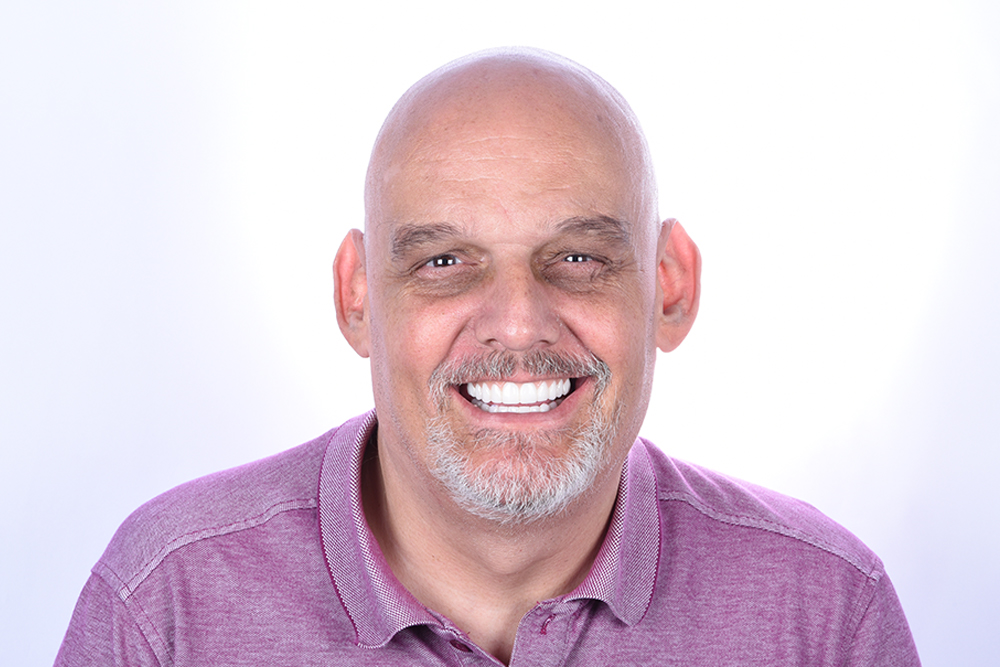 Troy used to think twice before he smiled. A childhood football accident led to lifelong embarrassment about his teeth. Then, Troy met Dr. Barrett. This is his story.